Sadly, every pregnancy carries a risk of miscarriage. Even a healthy woman who’s already had full-term pregnancies should look out for miscarriage symptoms, because around 20 – 25% of all pregnancies fail in the first 13 weeks. So it’s wise to be aware of miscarriage signs listed below and to get medical help should they appear.

Knowing miscarriage indicators and being mentally prepared for miscarriage, however, does not soften the heartbreak of losing a little life. If it happens to you, and there is a one in four chance that it will, you can expect to feel overwhelmed by sadness. Unfortunately, there is no magic way to stop an early miscarriage. Usually, by the time miscarriage symptoms are noticeable, the pregnancy is no longer viable.

Sadly, there is no easy path through the grief of miscarriage, although many couples find talking about it helps a lot. Nowadays, more people are upfront about losing a pregnancy, as miscarriage is no longer the big secret it was even 10 years ago.

They key thing to remember is that, unless you’ve been hitting the drugs and alcohol, the risk of miscarriage is out of your control. So, don’t beat yourself up if miscarriage symptoms appear – just get yourself to your doctor.

You’re having a miscarriage if you’ve had a positive pregnancy test and then experience these miscarriage signs:

It is also important to recognise the symptoms of a septic miscarriage. This occurs when a woman has an infection in her uterus and miscarries. It is dangerous for the woman’s health and requires immediate medical care. Symptoms include fluid coming from your vagina that smells bad, vaginal bleeding, fever and chills, and cramping and pain in the abdomen.

Sometimes there are no miscarriage symptoms at all and the shock of miscarriage may only be discovered during a routine scan when no heartbeat is detected.

Some women also report miscarriage indicators that aren’t necessarily physical, but emotional – such as feeling down (although this could be due to falling hormone levels), or odd feelings of uneasiness, illness, or even a strange taste in the mouth prior to vaginal bleeding actually starting.

These are probably not miscarriage symptoms:

There are all kinds of strange sensations, pains and niggles during pregnancy that cause mums-to-be to worry like mad, or even panic!
Before you call for help, remember that the vast majority of pregnancies result in a squawking baby. Here are the most common things you’ll fret over and could possibly think are miscarriage indicators:

For more information and support, see your General Practitioner, midwife or health care professional. You can also visit http://cope.org.au or http://www.sands.org.au, or call the SANDS helpline on 1300 072 637. 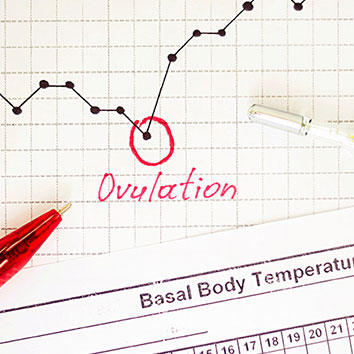 Ovulation, conception and their crucial link.

What is ovulation? When does it happen? And why is it so important to keep track of? What is an ovulation test? And what happens during ovulation? Ovulation can be simply defined as a discharge of ovum (ripe eggs) from the ovaries. It is because of...

Every labour and birth is unique, and there’s a wide range of experiences that could be in store for you. You can't predict exactly how or when your labour will start, but here are a few signs to look out for. THE SHOW: This is the...

In the second trimester, you need to monitor your body’s reaction to exercise, and accordingly increase the duration or intensity of your workouts. Ensure that you discontinue any activity that can throw you off-balance, like gymnastics,...

One common pregnancy symptom is nausea, and in the majority of women this subsides after the first trimester. However, in some women severe, intractable nausea and vomiting occurs. This can easily result in dehydration, weight loss (5% or greater) as...

A handy guide on the Braxton Hicks contractions.

It’s safe to assume that everyone has watched that one episode of Friends where Rachel is pregnant and experiences something painful, gets alarmed and rushes to the hospital. The doctor there informs her that what she was going...

It is thought that around 50% of all miscarriages are due to a chromosomal problem occurring within the embryo. In women who are older than 35 years of age and those who have older partners, the incidence of this happening is increased. The other 50%...

32 Weeks pregnant - What to expect?

Ready or not? At 32 weeks, while your baby’s birth may still seem far into the future, you and your baby are gearing up for the trip down the birth canal! Baby’s getting ready for her descent – likely in the head-down position,...